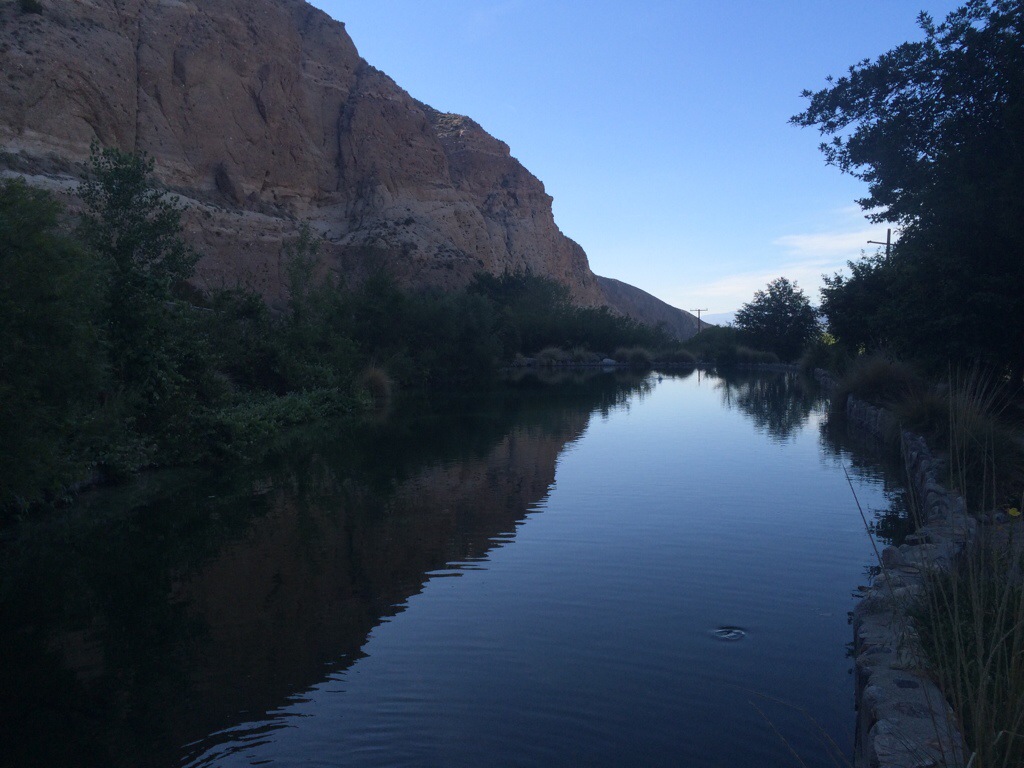 We spent the night at Whitewater Preserve which was an old trout farm and is now a privately funded preserve. The gentle sounds of flowing water entertained us all evening.

After hours of walking on the trail my bare legs brushed two plants side by side and it dawned on me how much they looked like Poodle Dog Bush… After a few minutes of panic I realized it really did not matter it was too late. Poodle Dog Bush is similar to poison ivy or oak but 10 times worse and could last a few weeks to a month. It’s a must avoid plant on the journey and is typically found in previous burn areas which is plentiful in Southern CA. Five miles later I discovered the actual bush and burned it to memory. 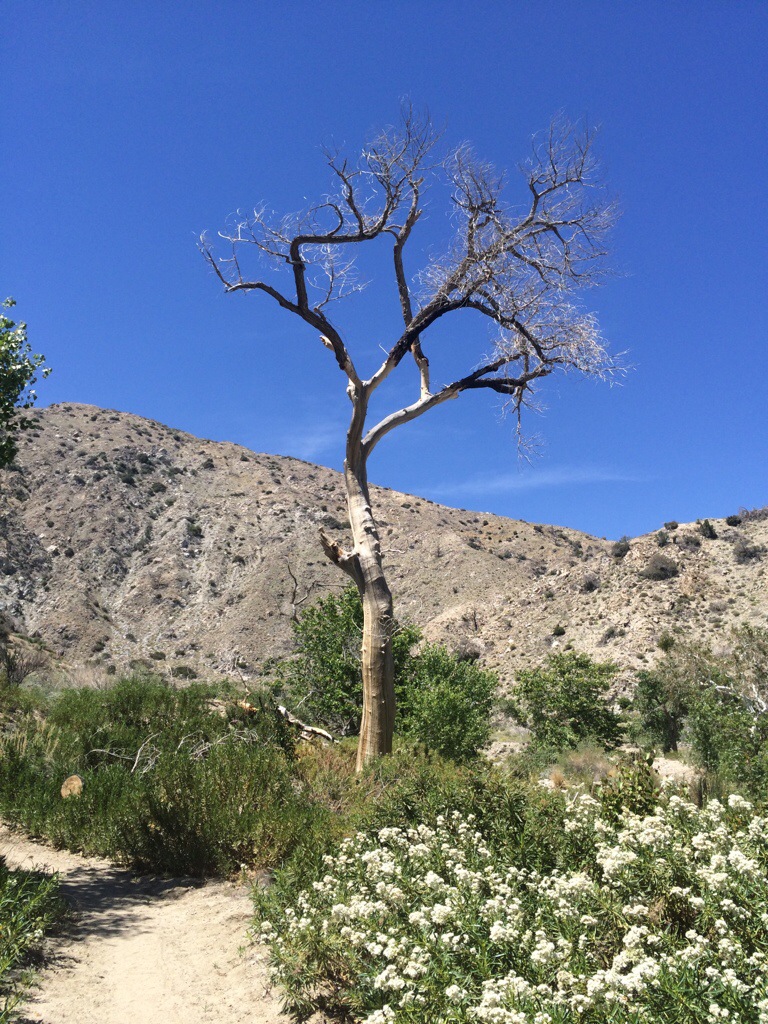 At one of our breaks we caught up with The Cup a 62 year old man from Japan walking the pct. His English was a bit rough but it was a pleasure to converse with another hiker on the journey. The PCT is truly a melting pot of cultures and people.

The last six miles of the day was tough! We were tired and still climbing… Eventually we made camp in the stream bed and kept our fingers crossed for no flash floods! 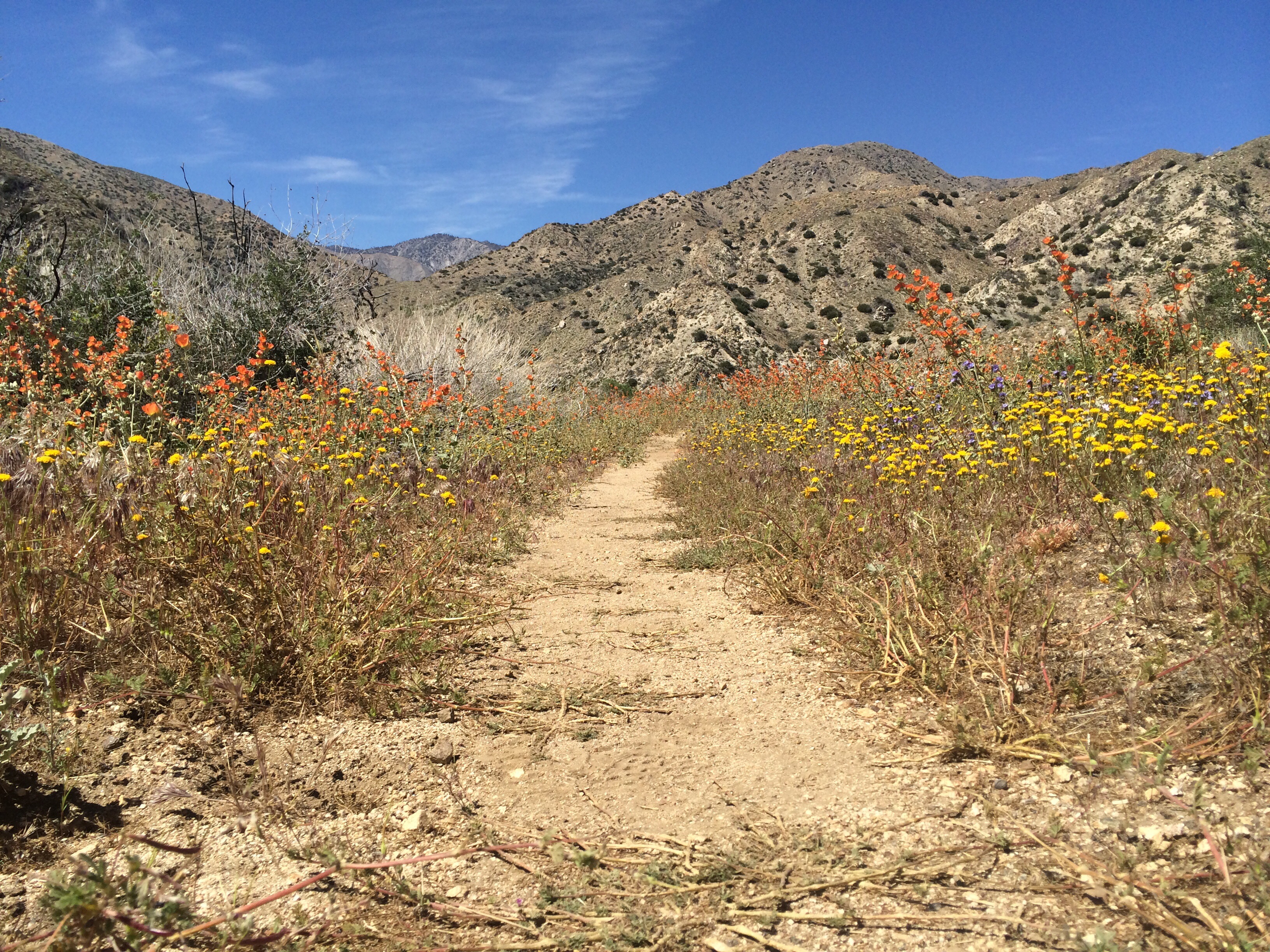